You are here: Home Latest News TV crew captures the action as a variety of homes goes under the hammer 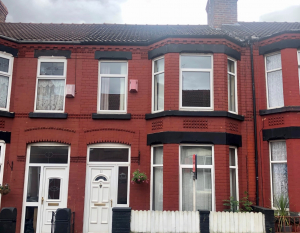 The Homes Under The Hammer TV crews were in the auction room for SDL Auctions North West’s fifth visit of the year to Manchester.

Filming for the popular BBC TV series, the crew were at the AJ Bell Stadium to capture the action as a wide range of properties, from city flats and commercial properties to country retreats, raised £1.4m for sellers.

The first property of the day was a real treat for bidders. It had been described by auctioneers as an “exceedingly good” investment and 11 Kipling Avenue, Birkenhead proved to be a piece of cake to sell. The three bedroomed bay-fronted house in the popular Rock Ferry area attracted enthusiastic bidding and sold for £71,000 from a *guide price of £47,000+.

Head of auctions north west Andy Thompson said he was not surprised at the property’s popularity: “Landlords and investors are always looking for smart terraces such as this as they know they are in demand from people looking for homes to rent.”

Another terrace which was soon snapped up was 11 Henley Terrace, Rochdale, a two bedroomed property requiring some improvements but with gas central heating and double glazing throughout, close to town centre amenities and transport links. It sold for £54,500 from a guide price of £41,000+.

One city flat which proved popular with bidders was Flat 5 Chronicle House, Commonhall Street, Chester, which sold for £30,000 from a guide price of £18,000+. The studio apartment is fully furnished and in a luxury block with a communal lounge and gym facilities. It has predominantly been let to students but has also been let to short-term visitors to the city via booking.com.

There were commercial investments available, too, including a mixed-use property which sold for £100,000 from a guide price of £90,000+. The three-storey former social club, Sprayhurst Social Club, Boundary Road, St Helens, has a games room, function room, storage and toilets on the ground floor, with living accommodation featuring five bedrooms on the two upper floors. There are three further rooms in the cellar.

It was a great buy, according to Andy, who said: “This property offers so many possibilities, including full conversion to apartments or a House in Multiple Occupation, subject to planning permission. It’s sure to be an asset to St Helens and I look forward to seeing what the buyer does with it.”

The next Manchester auction takes place at the AJ Bell Stadium on Thursday 5th December and property owners are invited to sell their house for free.

Andy said: “Auction is fast, transparent and hassle-free, with fewer than 1% of sales falling through. Talk to us and you could secure a sale by Christmas. With no selling fee, you have absolutely nothing to lose.”

For more information on selling at auction, or to request a free, no-obligation auction appraisal of your property, click here or call the team on 0116 774 7333.