You are here: Home Latest News New leasehold reforms and what they mean

New leasehold reforms and what they mean 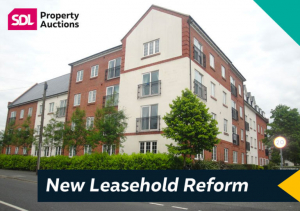 When purchasing a property, there are many things that buyers must learn to ensure they understand exactly what they’re signing up for. Among this list is learning whether a potential property is available as leasehold or freehold. If you find yourself unfamiliar with the terms, head over to our ‘What is the difference between freehold and leasehold?’ blog where we explain everything. Once you’ve familiarised yourself with the rules, however, make sure you head back here because some long awaited reforms are coming, and you’ll need to know how you can benefit from them.

In this post we’ll be taking you through the current status of leasehold laws, explaining what changes the newly announced reforms will bring about and helping you to understand exactly how you and many others can benefit from them.

Of the leasehold reform announcements made, the changes due to come into effect surrounding a leaseholders freedom to extend their lease and limiting the freeholders ability to raise ground rent are the most substantial. Fortunately for the leasehold property owners that have suffered high ground rents which, coupled with mortgage payments, have seen them spending much more money than they initially expected upon purchasing their property, these are also the changes that will give them additional protection and save them both money and undue stress.

Under current laws, the challenges faced by leasehold owners can feel never ending. Not only are their ground rent charges liable to rise but, if their lease is close to ending, the property itself can be exceptionally hard to sell. Extending their lease is also a difficult process which, if for a house, can be extended once for 50 years with a ground rent and, if for an apartment, can be extended with a ‘peppercorn’ ground rent (effectively a ground rent of zero), but this is usually limited to 90 years. Even these limited allowances are often dealt with on a lease by lease basis, meaning not every case will benefit from the full extensions of 50 and 90 years.

Fortunately for current owners of leasehold property, and for soon-to-be owners, these particular problems are due to be solved. Instead of having limitations on lease extensions, owners of both leasehold houses and flats will be able to extend their lease to 990 years, and this choice will no longer result in any ground rent being paid to the freeholder. Further protections that are being put in place for the lease extension process include a cap on payable ground rent in the case of both extending a lease or conversion to freeholder, ensuring more leaseholders can reasonably be able to securely own their own home. According to Housing Secretary Rt Hon Robert Jenrick MP, these changes “provide fairness for 4.5 million leaseholders and chart a course to a new system altogether”.

The elderly will also be seeing an increase in protection under the new reforms as the government will be extending its commitment to restricting ground rents to zero for new leases to retirement leasehold properties, giving them security they were previously lacking.

Striving not only for fairness, but also for convenience and simplicity, the government will also be making these changes easier to understand for all by creating an online calculator. This calculator will enable leaseholders to work out how much it will cost to either extend their lease or to buy their freehold. Certain changes are also due to be made in order to make both processes more affordable to leasehold owners, such as the option to agree to a restriction on further property development which would allow them to avoid paying ‘development value’. Similarly, the government will also be abolishing ‘marriage value’ in their calculations, making the process even fairer for leaseholders.

Along with these announced changes was the assurance that the government would be establishing a Commonhold Council, the purpose of which will be to prepare both homeowners and the property market for the new laws. Hopefully, with the Commonhold Council’s help, these reforms will be processed smoothly and homeowners will begin to benefit quickly after the transition. Of course, it’s important to note that, while these changes may take some time to put into place, if you’re considering purchasing a leasehold property or are seeking to sell one, you needn’t wait for these reforms to be implemented fully, the announcement itself making leasehold property a safer investment for all buyers.

Overall, the reforms announced by the government have been met with widespread approval and have already changed the attitude people have towards leasehold properties. With enfranchisement a much cheaper and easier process that could save leasehold owners thousands of pounds and more protections in place for the elderly and current owners, it’s time to throw away any stigma surrounding leasehold properties and make the most of the changes.

At SDL Property Auctions, we’re excited to see the success our leasehold properties are sure to achieve and hope the owners of those we’ve already sold to are as excited about the reform announcements as we are.