You are here: Home Latest News The Manchester Monopoly board with real 2019 house prices

The Manchester Monopoly board with real 2019 house prices 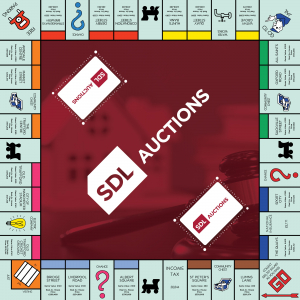 If you’ve ever played the Manchester version of Monopoly, you may have wondered how the board prices differ from real life today.

We’ve been comparing the average house prices in areas featured on the special Manchester Monopoly board with the average price you would pay in these locations today.

As we’re sure you can imagine, the prices are quite a far stretch in reality to those reflected on the official board, but take a look at our findings below to see how your salary would fare when purchasing a property in each area of Manchester. 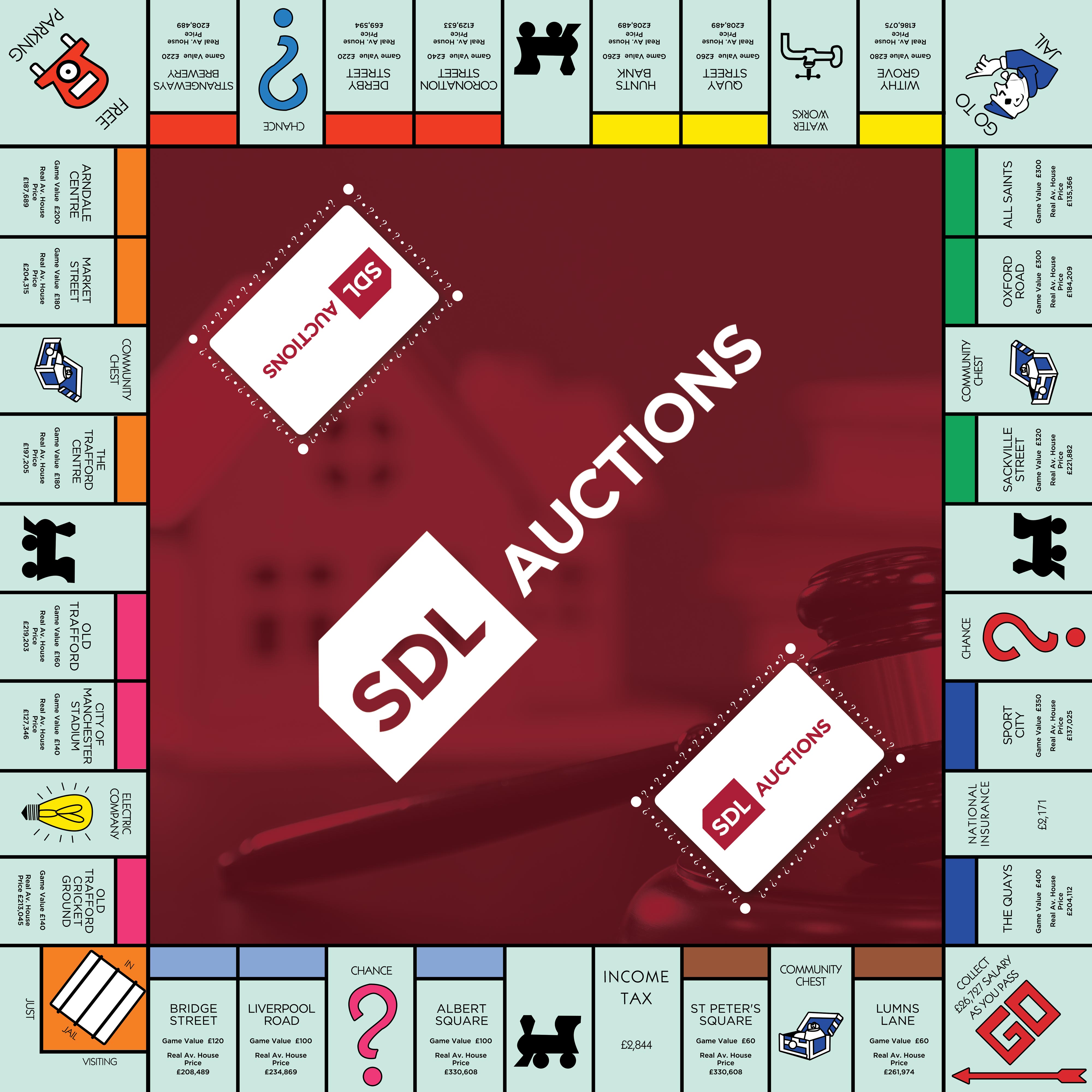 St Peter’s Square might be one of the lowest priced properties on the board at £60, but in reality it is the most expensive area on the board at the time of our research. Located in the civic quarter of Manchester, the area is home to the Manchester Central Library and the esteemed Midland Hotel.

Albert Square is tied at the top spot with St Peter’s Square as the most expensive plot on the board. This doesn’t come as a surprise as some of the most prestigious buildings in the city are located here, including Manchester Town Hall. You’re unlikely to purchase a residential property here as it’s a public square, but you could be in for some commercial space.

Located on Liverpool Road is the former railway station, the Museum of Science Industry and some commercial spaces too. The street features the sought-after M3 Building apartment block and residential properties above the streets bars and restaurants too.

Based in the Stretford area on Talbot Road is the Old Trafford cricket ground, which is surrounded mainly by industrial properties and office space, and Trafford College too. Moving further along the road is a stretch of semi-detached residential properties, with just two on the open market at this time.

Taking the previously rundown area of Ashton New Road and building its heritage up is the City of Manchester Stadium, now known better as the Etihad. House prices are still relatively low in this area but the introduction of the stadium has accelerated regeneration in this area and could be a good area to invest in right now.

Sir Matt Busby Way hosts Manchester United’s football ground, Old Trafford, but also many residential properties just a short walk from the stadium. The price of property in this area was at the lower-mid range on the board itself, but in 2019 are priced quite a way higher than the £192,700 Manchester average.

The retail hub of Manchester, The Trafford Centre hosts over 250 shops and restaurants including M&S, Debenhams, John Lewis and many more. The Trafford Centre was purchased by Intu in 2011 for a mass £1.65 billion. Market Street is also one of the most renowned streets in Manchester for retail, located just a stone’s throw from Piccadilly Station.

Also in this vicinity is the Arndale Centre, another large shopping centre established in the 1970’s. Surrounded by and filled with big name brands, this area is more a hub for commercial space rather than a spot to keep your eye on for property.

Just north of the city centre, was Strangeways Brewery, famous for being the creators of Boddingtons Bitter. It was closed in 2005 and demolished in 2007, but the area remains an iconic spot. Development stalled for a while here during the recession, but is slowly recovering with house prices higher than the Manchester average in this area.

Derby Street is an industrial area located about a mile from the centre of Manchester, hence the price being dramatically lower than the average in Manchester as residential properties are few and far between here.

The fictitious street that many bring into their homes through the week, Coronation Street is featured at Manchester’s MediaCity, where houses would sell for around £130,000.

Hunts Bank hosts the famous Manchester Victoria Station and Chethams School of Music, right in the centre of the city, it’s unlikely for property to come up in this area.

Quay Street is again right in the heart of the city and is known as the cities business district. While there are some residential properties on this street, they don’t come up for sale too often. Withy Grove is again a predominantly public street close to the Northern Quarter, host to The Printworks entertainment centre.

Oxford Road is again a central area, close to the city centre, Manchester Royal Infirmary and The University of Manchester, making it an ideal spot for students and young professionals.

Sackville Street is the location of Manchester’s Chinatown, and is predominantly a commercial space with plenty of office buildings around thanks to its central location.

While these destinations are listed as the most affluent on the board, the average prices in 2019 don’t reflect this. Sport City is a complex of venues that the Etihad Stadium also belongs to. This area is becoming more sought after due to the cultural community that has been formed by Sport City.

Based in Salford, The Quays is known as Manchester’s contemporary waterfront destination, with plenty of attractions and leisure places. While not specifically ‘The Quays’. Quayside is a very desirable area of Manchester for affluent young professionals. Properties can often move quickly as this is such a popular spot for professionals earning decent city-centre salaries to rent.

Coined ‘the capital of the north’ in recent years, Manchester has become a very desirable location, with prices varying dramatically across the area, and of course, wildly from those given on the Monopoly board.

What do you think of the average house prices in Manchester? Tweet us @SDLAuctions or join the conversation by following us on LinkedIn.

To browse the upcoming property auctions we’re holding in Manchester, or to see our extensive range of properties up for auction, visit our Property Auctions page.