You are here: Home Latest News Why Manchester is one of the best cities for buy-to-let investment in 2020 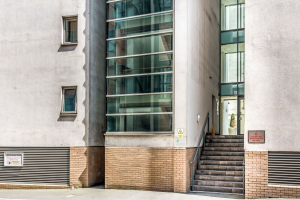 As the “capital of the north”, Manchester has a strong property market and now there’s even more reason to invest in the city, according to the experts at SDL Auctions North West, after it was placed near the top of a league table of buy-to-let hotspots for 2020.

Manchester came second, behind Birmingham, in a league table of UK cities expected to perform well for landlords in the coming year compiled by SevenCapital by analysing Zoopla and Land Registry data, demographic information and agents’ predictions.

Other areas in the UK which performed were Liverpool in third, Sheffield in fourth and Leeds in fifth; a resounding vote of confidence for the north of England.

Reporting on SevenCapital’s league table, Propertyreporter.co.uk described Manchester as “one of the most exciting places to live and work in the UK”, with property price growth of 22.09% since 2014 and strong rental yields averaging 7.30% in the Fallowfield area.

Andy Thompson, head of auctions at SDL Auctions North West, said the results were impressive but not surprising.

He said: “It’s fantastic to be ranked so highly but we’ve always known that Manchester is special. It’s an exciting modern city with great people. We have an international airport, a world-leading music and sports scene and beautiful countryside on our doorstep. What’s more, property prices are still relatively affordable, especially when compared to other major UK cities.”

There is still time to buy or sell a property in Manchester before Christmas, with the final auction of the year taking place at the AJ Bell Stadium, Manchester, on Monday 9 December.

The SDL Auctions North West are currently on the lookout for properties to sell in the auction – and there’s no fee to enter.

Andy said: “You can sell your home for free in our December auction and, with a free no-obligation auction appraisal, you really have nothing to lose. Selling at auction is hassle-free – contracts are exchanged as soon as the hammer falls and you’ll complete in early January.”

And if you can’t wait for the December auction, there are Manchester properties you can bid on now, as they’re being sold by online auction.

415 The Red Building 6 Ludgate Hill, Manchester, is a modern fourth-floor two bedroomed apartment in the popular Millennium Quarter with a *guide price of £150,000. It is being sold by conditional online auction in partnership with Bridgfords, ending at noon on Friday 29 November. For more information or viewings, please contact Bridgfords on 0161 401 0578.

A three bedroomed semi-detached house is also open to bidding. Sitting on a corner plot, 1 Dagnall Avenue, Manchester is close to the popular Beech Road area, as well as schools, amenities and transport network. It is being sold by conditional online auction in partnership with Bridgfords Chorlton, ending at noon on Wednesday 27 November, with a guide price of £219,000. For more details or to book a viewing, please contact Bridgfords Chorlton on 0161 401 0577.

Andy added: “You can’t beat auction for speed, transparency and its straightforward nature. All properties sold at our December auction before Christmas will complete in January. There will be no waiting around and no unnecessary delays. It’s a win-win, so why not give it a try?”

For more information about buying or selling at auction, or to request a free auction appraisal if you have a property you wish to sell, click here or call 0116 774 7333 to speak to the auctions team.