You are here: Home Latest News What’s happening to house prices in your area?

What’s happening to house prices in your area? 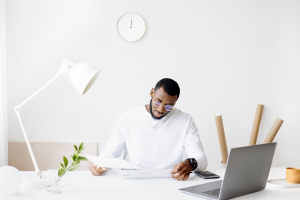 Despite financial concerns for many as a result of the pandemic, the property market is seeing a flurry of activity, with many people putting the money they’ve saved on holidays and commuting towards a move which brings them more space and a more rural lifestyle.

This has led to house price rises across the whole of the UK – and some alarming headlines for those who are planning a move in 2021.

The nation’s search for space means that while property prices on the whole are increasing, they are not rising across the board. Prices of rural homes are being pushed up by high demand, while city flats are extremely difficult to sell, with prices falling in eight of the past nine months, according to the RICS Residential Market Survey (June 2021).

Where are property prices rising?

However, the housing market has always been a broad term for multiple smaller housing markets which all grow – and in some cases shrink – at different rates. Property price growth in your area could be very different to growth across the country, in a neighbouring region, or even a couple of streets away.

In general, national price rises are being driven by the North, with above-average increases in the North West and Yorkshire and Humber. Just as national house prices are driven up by the capital, the national average increase is dragged down by Greater London, which is suffering the effects of the pandemic, among other factors. If you take London out of the picture, house price growth across the whole of England and Wales is 13.9% (e.surv Acadata HPI).

The North West has been leading the way for year-on-year house price increases for the past nine months and is topping the table at 17.3% annual growth (e.surv Acadata HPI), although prices peaked in December at an average of £244,745. The average house price in May was £233,339. The region’s performance has been boosted by Greater Manchester, Merseyside, Warrington, and Cheshire East, where prices rose by more than 18%. E.surv reports that detached homes have seen the largest increases here.

Yorkshire & Humber is up near the top of the table with annual house price increases of 15.5% (e.surv Acadata HPI). However, prices still remain among the lowest of the country, at an average of £226,181. The region saw a tiny monthly fall in May of -0.6% as the end of the stamp duty holiday approached, although demand for homes remains high. The Halifax House Price Index (June 21) reports a more modest 10.9% increase but highlights this as the strongest house price inflation in Yorkshire & Humber since early 2005.

Against the backdrop of table-topping growth in the North-West and Yorkshire & Humber is the North-East, a region which has traditionally seen lower growth, lower prices and slower recovery from recessions. However, price increases here are still strong, at 12.9%, and it remains the cheapest area of the country to buy with an average house price of £185,219; the only region to boast an average of less than £200k and a stark contrast to the national average (England and Wales) of £333,522.

What’s happening to house prices in the East Midlands?

While slightly lower than the West Midlands, demand remains high in the East Midlands, keeping annual house price increases at 13.5% (e.surv Acadata HPI) – the highest year-on-year increase since 2005 – and the average house price at £255,136. Prices here peaked in February 2021 at £259,405, and there have been small month-on-month drops for the past three months.

What’s happening to house prices in the West Midlands?

The West Midlands sits comfortably in the middle of the house price increase table, with an annual increase of 14.3% (e.surv Acadata HPI), the highest it’s seen since 2005. There has been a slight dip in house prices since their peak in February 2021 but they remain strong with an average of £263,875 in May. In both house prices and increases, the region performs a little better than its next-door neighbour, the East Midlands.

What’s happening to house prices in the East of England?

It is the more expensive regions which are seeing the slowest property price increases, with East of England reporting annual growth of 10% in May 2021 (e.surv Acadata HPI). While among the slowest-growing regions, this is broadly in line with the national average of 10.7% and marks only the second month the region has seen double-digit growth since 2016, following year-on-year growth of 10.3% in April. Prices remained static in April followed by a tiny fall of -0.5% in May to £368,609, slightly above the national average (England and Wales) of £333,522.

Following the trend of the higher-priced regions experiencing the slowest growth is the South-East. This region has some of the highest house prices, with an average of £421,691 (e.surv Acadata HPI) compared to the national average of £333,522, and the slowest growth, at 8.6%, although it is still considerably out-performing Greater London for increases if not prices. This slower rate of growth has persisted for the past seven months although it is still the highest rate of growth for the region since April 2016.

Sitting uncomfortably at the bottom end of the house price rise scale is Greater London with an annual increase of just 1.2% (e.surv Acadata HPI), although prices are still much higher than anywhere else in the country, at an average of £635,278, almost double the England and Wales average of £333,522. This slower growth has been put down to the fall in demand for city flats and a lack of overseas buyers – both as a result of the pandemic, although the cladding issue continues to cause problems four years after the Grenfell Tower tragedy.

However, even within this market, there are pockets of highs and lows. For instance, prices in the City of Westminster and City of London have felt these effects most acutely and have actually fallen by -24.9% and -28.5% respectively. Conversely, the leafy borough of Redbridge has seen prices rise by 20.3% over the past year.

It’s positive news for sellers in the South West, if not buyers, as prices have risen by 14.2% over the past year (e.surv Acadata HPI), the highest ever recorded. Average house prices are £337,551, broadly in line with the England and Wales average of £333,522. According to the latest data from Nationwide’s House Price Index (June 2021), the South West is one of the worst areas for house-hunters, with demand outstripping supply more than anywhere in England.

Wales is experiencing house price growth of 13.7%, faster than it’s seen since 2005 (e.surv Acadata HPI), although prices remain some of the lowest in the country at an average of £215,681, more than £100k lower than the national (England and Wales) average of £333,522. The growth is driven by a desire to escape to the countryside, and the latest RICS Residential Market Survey (June 2021) reports that demand in Wales is strong, with sales outstripping instructions.

The Walker Fraser Steele Acadata HPI (Scotland) reports a residential property price increase of 11%, similar to the national average for England and Wales of 10.7%. However, as always, there are markets within markets and some interesting anomalies.

Angus and Stirling have seen modest growth of 3.0% and 3.1% respectively, while prices in Orkney and the Shetland Islands have soared, with price increases of 28.8% and 27.7% respectively. This could be seen as a result of the drive for green space and a yearning to escape the hustle and bustle of crowded cities; however, it’s important to remember that due to the sparse population of these islands, these averages are based on far fewer properties than in other regions.

Are you looking for your perfect property? Why not use our Property Finder to browse the properties we have for sale by auction. To find out more about selling your own property, click here or call our friendly team on 0800 304 7879.