You are here: Home Latest News See inside former factory which made jackets for royals

See inside former factory which made jackets for royals 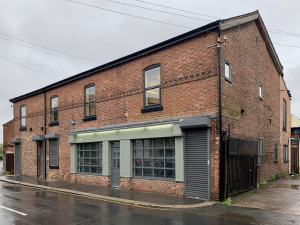 An iconic former tailors’ premises where jackets were made for the Royal family and top designer Stella McCartney offers an exciting redevelopment opportunity when it goes under the hammer this month.

The once bustling factory, 4-10 Mossfield Road in Pendlebury, was the home of sporting tailor Alexander James from 1979 until recently, when the family-run firm relocated to new workshops in Worsley.

The sprawling two-storey property with cellars is to be sold by SDL Auctions in its national property auction on Wednesday 30th September with a *guide price of £160,000+.

Head of Auctions North West Andy Thompson said: “It’s fascinating to take a look around this unique property which is packed with history and provides a rare opportunity for an investor looking for a distinctive project. The property really does have to be viewed to appreciate its size, scope and development potential.”

The factory began life in 1979 as a single shop opened by tailor Alan Little under the brand name Alexander James and expanded over the years to encompass three adjoining buildings in the row.

Specialising in sporting tailoring and country clothing, the firm has made riding jackets for Princesses Beatrice and Eugenie, and also created silk jackets for Stella McCartney’s fashion collection. Following Alan’s retirement, the company remains in the same family and is now run by sons Mark and Carl.

The former factory comprises several rooms, offices, a workshop, kitchen and WC on the ground floor and further rooms on the first floor, including a large cutting room and large sewing machine room.

Andy said: “While it is interesting to see the remnants of its former life as a tailors’ factory, it’s also easy to see the property’s versatility as it provides such a large space that it is suitable for a number of uses. However, the attractive design of the building and its location in a mixed residential and retail area with easy access into Manchester city centre make it ideal for conversion to residential accommodation. It would end itself particularly well to apartments, subject to planning permission.” 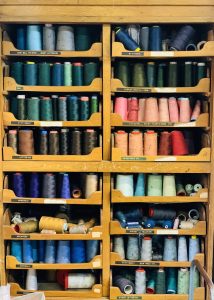 Located just off Bolton Road, the property is close to shops and amenities and has good transport links which include a full local bus network and Swinton railway station within walking distance.

The property has a 999-year lease with a peppercorn rent, making it virtual freehold.

4-10 Mossfield Road is among 230+ properties being sold by SDL Auctions, the UK’s most successful live-streamed auctioneer, on Wednesday 30th September with telephone, internet and proxy bidding. To find out more about this property, or any of the others going under the hammer, click here or call the North West team on 0161 774 7333.