You are here: Home Latest News SDL Bigwood auction results forge ahead in 2015 with £77 million sold 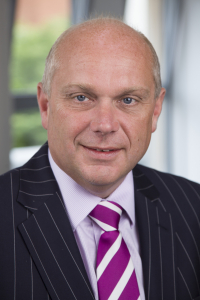 SDL Bigwood has notched a huge increase in auction sales for the year.

“It proved way over what we ever hoped,” noted a delighted Jonathan Hackett, partner and head of auctions.

It followed the last of six sales which brought in £11.25 million, 90 per cent of the 89 lots put up at the Holte Suite venue, Aston Villa.

One of the highlights, Bockleton Court, near Tenbury Wells, a Grade II Listed Victorian mansion more recently run as a Birmingham City Council outdoor education centre, failed to find a buyer with the bids stopping at £780,000 against a guide price of £1 million.

However SDL Bigwood remain confident. “We have strong post auction interest and we are hoping that we may be able to tie up a sale soon,” commented Mr Hackett.

And new life is set to be breathed into a number of other important properties.

The former Lanesfield Community Centre, Ward Grove, Wolverhampton, offered on behalf of Wolverhampton City Council, sold for £250,000 off a guide of £88,000-£93,000. A former National Health Service out-patients clinic in Birmingham, the Slade Road Centre, 411 Slade Road, Erdington, previously part of Birmingham and Solihull Mental Health NHS Foundation Trust where a community drugs team was based looking to help addicts, sold for £350,000 from a guide of £225,000-£250,000. A former Youth Community Centre and Synagogue in Willows Road, Balsall Heath, known as Lubavitch, sold for £385,000 of a guide of £295,000.

It was acquired prior to auction for more than what it was guided at in the October sale, £600,000, where bidding just fell short at £597,500. Planning permission exists to regenerate the building by demolishing the rear fire-damaged structure but retaining the Grade A local listed façade to the front so as to incorporate a retail unit on the ground floor combined with 14, two bedroom apartments above.

Many of the houses in the auction went for way above guide, sometimes double or near-double.

A property at 14 Greenhill, Evesham, where notorious Japanese Knotweed had been a problem, albeit it had been treated and there was a 10 year guarantee, sold for £148,000 against a guide of £100,000. “The vendor was ecstatic,” revealed Mr Hackett.