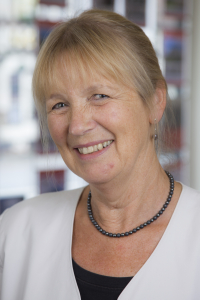 An historic and lovingly restored former lock-keeper’s cottage is to go under the hammer at SDL Bigwood’s next auction on Thursday, April 26.

Walsall Road, Great Barr, is the pride and joy of Fran Sargeant, her husband and their three young children.

But, with their third child recently arrived, they decided for family reasons it was time to make a move, and they are looking in the Lichfield direction.

Now the four-bedroom detached property is to go into SDL Bigwood’s next auction on April 26 at the Holte Suite at Aston Villa Football Ground in Birmingham.

It sits beside the Tame ValleyCanal, constructed in 1844, which runs more or less parallel to the River Tame.

The canal is 8.5 miles long, from Tame Valley Junction to Salford Junction where it meets the Birmingham and Fazeley Canal and the Grand Union Canal. It goes under the Midland Metro and passes over the M5 motorway near the interchange with the M6.

Mrs Sargeant said: “It is in an idyllic location – almost like stepping into the countryside.

“There’s swans, ducks, herons, dog walkers and joggers, and Alexander Stadium where the US and Jamaican athletes have their Olympic training base is just five minutes or so away.”

She describes the cottage as “quirky” because it is on lots of different levels.

But that is part of the attraction.

The couple bought it from British Waterways eight years ago – it had become derelict.

With the help of builders, they proceeded to renovate and extend it.

Jonathan Hackett, director and joint head of auctions for SDL Bigwood, said: “It is just a very special home.

“It is anything but run of the mill. It has been lovingly brought back to life and ideal for anyone wanting a character property that is different.

“We think it will spark a lot of attention and would urge interested parties to come along to the auction and ‘test the water’.”