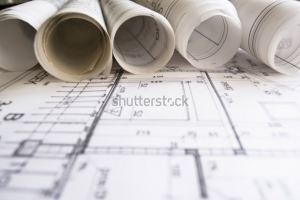 Home-seekers in the Black Country and

Held at the Holte Suite at Aston Villa’s football ground in Birmingham, every single council, NHS and receivership lot sold.

A new record was set for legal pack downloads, with 139 different parties accessing the information on Flat 16, Moorland Court, 42 Melville Road, Edgbaston, a leasehold residential investment with gross income of £6,420 per annum. It sold for more than double the guide price – £40,500 against £20,000.

A series of Black Country properties went for well ahead of expectations, led by 13 Birmingham New Road, Tipton, a vacant freehold three bedroom semi-detached which attracted 73 viewings, selling for £70,000 compared to a guide price of £45,000.

In addition there was plenty of appetite for West Brom Fish Bar, 198 High Street, West Bromwich, a freehold mixed use investment property, gross income £15,000 a year with scope for improvement, guide price £150,000, but which proved a £210,000 ‘carry out’.

No 29 St Columbas Close, Radford, Coventry, a vacant substantial freehold end terraced property converted into four self-contained units comprising a total of 11 bed-sitting rooms had a guide of £150,000 but the hammer did not fall until it had reached £291,000.

A huge £1.6 million commercial investment at 17-43 Unicorn Hill, Redditch, one of the highlights of the auction, an unbroken, 16-strong freehold, town centre retail parade investment, first time on the market in 25 years, failed to sell. However, in the aftermath, two firm offers at the reserve price of £1.4 million have been submitted. “We are fully expecting to sell this post auction,” noted SDL Bigwood director Jonathan Hackett.