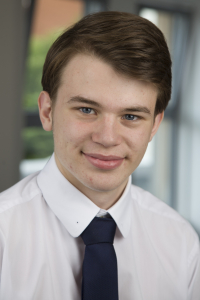 A succession of historic properties is set to go under the hammer at SDL Bigwood’s latest auction.

They include a former Droitwich bakery which goes back 400 years, a Jewellery Quarter building which would have been well known to some of

Birmingham’s industrial pioneers, a famous watchmaker’s premises and a former flagship pub which once rang to the merriment of top members of the business community as they toasted the conclusion of another working week.

The auction takes place on Wednesday, October 31 in the Holte Suite at Aston Villa Football Club, starting at 11am.

No: 26 Frederick Street, Birmingham, in the heart of the Jewellery Quarter began life as a Georgian residence – it has a guide price of £275,000.

Grade II Listed, it is believed to date from the mid/late 1820s and to have been converted from residential to industrial during the 1860s/70s. In more recent years it has been a warehouse and showroom with part residential use on the upper floors.

In need of refurbishment, it is on a 99 year lease which has approximately 85 years still to run.

Not far away, a further attempt is being made to sell a building once famous for its role in Birmingham watch-making.

Timeworks, at 214-224 Barr Street, Hockley, was the home of one of the first and most influential, large scale manufacturers of machine-made gold and silver watches in England.

It was pioneered by William Ehrhardt and on his death in 1897 the factory had more than 400 employees, producing over 500 watches per week.

The three-storey Victorian building has a Grade A local listing and is described in the auction catalogue as being “of great character”.

No. 44-46 High Street, Droitwich, is a freehold town centre Grade II Listed landmark available at a guide price of £175,000.

Believed to date from the 1600s, it has in its time been a bakery, a cake/bread shop and a cafe.

During the mid 1990s it underwent extensive modernisation and improvement, including a modern rear extension, to provide 3,300 sq ft of offices including a centrally glazed atrium.

It occupies a prominent corner position at the junction of High Street and the main Worcester Road within the heart of the town centre.

It has been sent to auction by Wychavon District Council.

The Waterloo Hotel, Shireland Road, Cape Hill, was a Grade II listed Edwardian hostelry which was renowned for its beer and food.

Built as a flagship pub-hotel in 1908 for Mitchells & Butlers whose brewery was nearby, and dominating a corner site, it boasted a lavish Baroque front and extravagantly fitted-out inside.

Unfortunately, shut for several years, it has seen better days but will still be one of the star lots.

SDL Bigwood director Ian Tudor said: “It is a very sad place these days, totally vandalised from top to bottom, including most of the roof.

“For anyone who knew it in its heyday it is a great pity. There will be a lot of nostalgia. Let’s hope it goes to a good home.”

When it was still in operation, real ale campaigners CAMRA described the pub thus: “The astonishing feature of the interior is the tile work.

“It covers the walls of the public bar – and even the ceiling. There are bands of green, blue, cream and salmon with highly decorative motifs and descending wreaths.

“But the really spectacular room is the Grill Room in the basement. This is the restaurant and features walls and ceilings extravagantly tiled with a frieze of galleons. On one side is the original servery and on the other a cast-iron grill – this superb Edwardian survivor is still fired up and used to cook the grills. The pub also doubled as a commercial hotel and at the top of the stairs you will find a small cubicle that was used by a night-watchman.”

The Birmingham business community enjoyed many a ‘lost’ Friday afternoon on the premises, particularly in the 1980s when long lunches were still in vogue.

The pub was on the site of a one-time off-licence called Waterloo Stores, which was owned by Titus Mason, of the famous Mason’s pop company.

A 19th Century semi-detached, it is in need of extensive repair and refurbishment.

Meanwhile, West Heath House, 90 Alvechurch Road, West Heath, a 1950s two storey elderly persons care home, set in grounds of 1.05 acres, with 28 bedrooms and a host of ancillary accommodation, has a guide of £450,000.