You are here: Home Latest News From Drab to Fab!

From Drab to Fab! 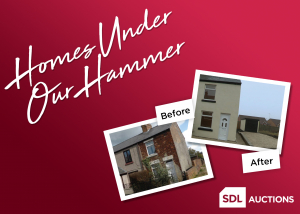 And now for another instalment of our Homes Under Our Hammer series! This time we will be visiting South Normanton in Alfreton, Derby, and the transformation of a run-down, tired looking two bedroom semi-detached house. This property was sold in our Derby Auction in April 2015, and what a long way it has come since then! You may recognise it from an episode of BBC’s Homes under the Hammer, which aired on 25th April 2017, but the journey didn’t end there…

Let’s take a look at how the property looked before it went under the hammer: 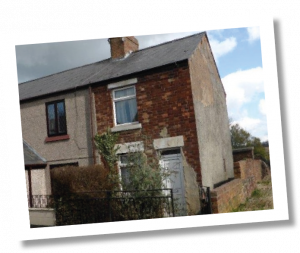 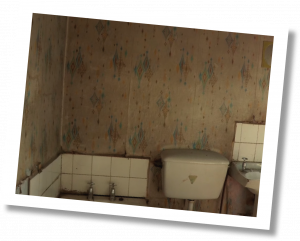 Looking pretty sorry for itself, eh? The kitchen was a mis-match of shabby and old-fashioned units, peeling wallpaper and a grubby and outdated floor. The outside of the house was crumbling and chunks of render were missing, and the bathroom was just the opposite of a tranquil and relaxing space! The tiles were crumbling and the paper hadn’t been updated for decades. Let’s not start on the garden, which had become an overgrown wasteland with a little old garage hidden behind the masses of long grass. This property needed some serious TLC! 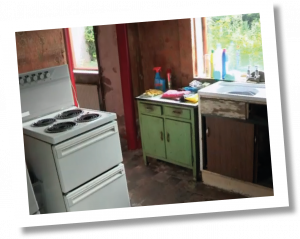 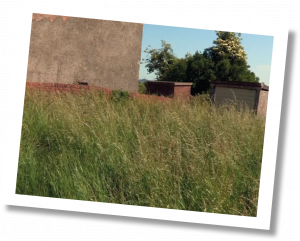 So what happened next? The property sold under the hammer in our Graham Penny Derby auction on the 16th April 2015, for £44,000, having had an initial guide price of £37,000 plus fees. After the sale, the property underwent a massive transformation! The kitchen has been ripped out and brand new shiny units installed. The multi-colours have been exchanged for a neutral cream and black worktops, with a modern wooden floor which really opens up the room. There is a brand new oven and stainless steel extractor fan too, and plenty of space for appliances! 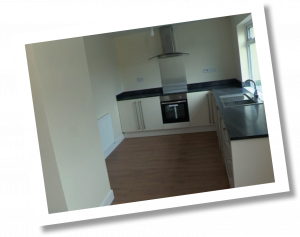 Meanwhile, the lounge has been taken from drab to fab! That terrible old radiator has been removed and the room has been painted in a fresh, pale colour to open up the space. Adding a simple wooden floor and white skirting boards makes the room a perfect blank canvas for anyone to add their own style to. And what a transformation in the bathroom! The peeling and faded wallpaper has been swapped for some modern, bright tiles, and the room is complete new appliances and fittings – such an improvement. 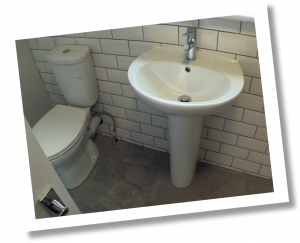 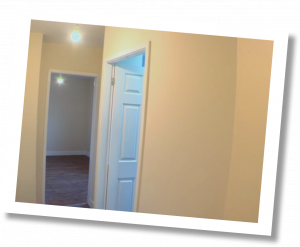 Perhaps the biggest transformation of all is the exterior of the house – with fresh rendering and a brighter paint job, complete with black stone sills which contrast nicely with the fresh paint. That wild grass has been removed and in its place is a much neater gravel driveway leading up to the newly painted single garage, which matches perfectly with the cream and black of the house. Doesn’t it look so much neater? 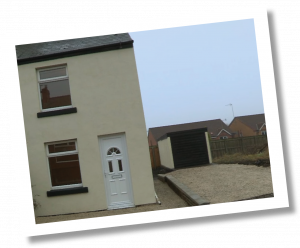 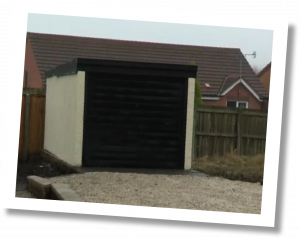 The initial plan for the development of the property was a £20,000 spend and an eight-week schedule. The extensive work that has been done on the house took a total of 21 months to complete in the end, from the initial purchase date, but this was due to the extensive extra work which had to be done underneath. The floor had to be dug down and re-concreted, and the structural work done as the walls have been reinforced with steel bars and resin to prevent cracking. On top of this, the upstairs layout has been modified – the bathroom has been moved into the middle of the house and a corridor has been created, leaving two good sized double bedrooms at the front and back of the house.

The property was then listed on Zoopla on January 1st 2017, at the value of £485 per calendar month.