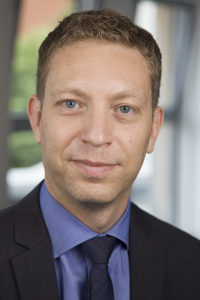 The latest SDL Bigwood auction saw £7.5 million worth of property change hands with eager bidding pushing many above guide price.

And, with considerable post sale inquiries, this is likely to rise to 80 per cent and £8 million.

Jonathan Hackett, Director and Joint Head of Auctions, said: “It was a tremendous success.

“The pre-sale viewing was huge with the total number of viewings way over 1,000. At the 11am start the venue was rammed, not a space available in the car park and adjoining streets packed.”

Among the more unusual lots were former public conveniences at Icknield Street, Hockley. Built in the early 1900s, but closed for several years, and considered suitable for a number of alternative uses including retail or office, they sold for £50,000, way over the guide price of £30,000.

It all attracted the TV spotlight, with ITV News and Homes Under The Hammer present at the auction, coverage from Central News and on the radio side items on both BRMB and BBC Radio WM.

And a line up of five Minis carrying the SDL Bigwood logo, parked outside the main doors to the Holte Suite, also sparked plenty of comment.