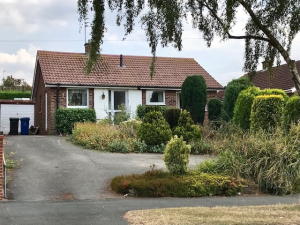 Bungalows are growing in popularity all the time, especially with an ageing population, but developers faced with rising land prices are under pressure to maximise the usage of every square foot.

That’s why when bungalows appear in the auction room, they are always a hot lot, according to Robert Stone, senior valuer at SDL Auctions Graham Penny.

The first hint of a slump in supply came in 2014 when, according to the National House Building Council, just 1 percent of new residential properties built were bungalows.

This is down from one in six properties in the 1980s. During the last two decades the number of apartments being constructed has doubled.

“Bungalows are incredibly popular with the UK’s ageing population, but a developer can put a two or three storey building on the same plot,” Robert pointed out.

But as the UK’s ageing population continues to grow, with better lifetime healthcare and more curable diseases both contributing to the increase, so demand for single storey homes is likely to grow.

“As people live longer, so the demand for accessible housing will grow. It’s not just the elderly but also those requiring easy access for wheelchair users who are keen on bungalows,” said Robert.

There are four prime examples of bungalow opportunities, albeit requiring some TLC, in SDL Auctions Graham Penny’s next Derby auction at Pride Park Stadium on Thursday 13 September.

32 Bostocks Lane in Risley is an attractive three bedroomed detached bungalow in need of renovation but regarded as an excellent investment opportunity. The plot extends to approximately ¼ of an acre. It has a *guide price of £185,000+.

It is set well back from the road and is well screened, with ample parking to the front and a single garage to the side. At the rear, there is a good sized enclosed garden backing on to an open field.

82 Birchover Way in Alleslee is a double fronted two bedroomed detached bungalow in one of Derby’s most sought-after locations. It is also in need of some improvement but is located only yards from the Park Farm shopping centre. It has a guide price of £125,000+.

8 Stewart Close in Spondon is a three/four bedroomed property in need of some modernisation, but with an enclosed low maintenance garden, which is always popular with the older buyer. It has a guide price of £89,000+.

8 Browning Street in Derby is a two bedroomed semi-detached bungalow requiring improvement which has a guide price of £65,000+.

Robert Stone said: “With many couples now aware of the need to plan ahead for retirement and old age, these are opportunities to acquire a property now and tailor its modernisation and improvement to your requirements in years to come.

“As such, they represent excellent investments in a marketplace that is contracting rather than expanding.

“Plots containing bungalows are also popular with the smaller developer looking to acquire a site where they can knock down the existing property and build a larger on one the same footprint.

“Hence the competition we seen in the auction room every time a bungalow such as these comes under the hammer.”