You are here: Home Latest News Have you considered a sale by auction?

Have you considered a sale by auction? 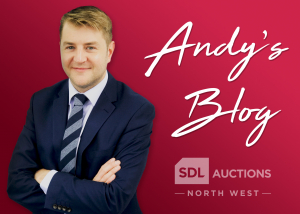 The property market is forever changing and I’d like to give you an insight into the wonderful world of property auctions from my own present day perspective.

We’ve all seen Homes Under The Hammer and if I had a pound for every time someone mentioned that show to me when I’m out valuing properties, I’d probably be writing this blog from my own private beach somewhere hot. As it happens, I’m in (not so sunny) Stockport having just been to look at an owner-occupied detached house that is struggling to sell on the open market.

This is the fifth property that I’ve been out to look at this week, where the owners live there. As the property auction world continues to grow in popularity – partly thanks to shows such as HUTH, the need for more and more ‘less traditional’ auction properties has never been bigger.

It’s true that probate instructions, divorce cases and general ‘problem properties’ are still very popular auction lots but so too these days are the properties such as people’s everyday homes. In fact, just this week alone, I have valued a beautiful detached home in Wilmslow currently on the market for £1.65m and a Stockport home – Little Falls Cottage in Davenport – which is now entered into our next Manchester auction on Thursday 12th October.

As my auction world evolves, so do the savvy and successful estate agents, many of whom here in the North West we at SDL Auctions are now regularly working with. Auction offers another string to an agents’ bow and in this ever competitive market, we’re often getting calls asking us to provide an auction valuation. Just last Friday we took on an instruction in Salford where the agent instantly recognised that their property would do better under the hammer and as such, we’ve gone in as joint auctioneers.

On the flip side, I recently sold a property for an old contact of mine. He was looking to release some money pretty quickly and had grown frustrated by life on the open market. He had reluctantly reduced his price having had a previous sale fall through and when the second deal went south too, he called me up. In hindsight, he now knows he should have considered auction earlier. He owns a two bedroomed terrace house at 25 Stanway Street in Moston – a really popular part of Manchester for me at the moment – and within four days, we had a buyer, had exchanged contracts and secured £6,000 more than he was offered on the open market!

I’m not suggesting that every single property should be sold under the hammer, but a lot more than you’d probably think these days are suitable. Don’t forget, whether you’re buying or selling, it’s always worth considering going to auction. 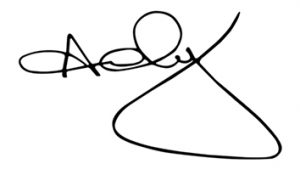 SDL Auctions North West is now taking entries for its second Manchester auction at the AJ Bell Stadium on Thursday 12th October so if you haven’t considered selling by auction before, but you now think it might be for you, get in touch with us.