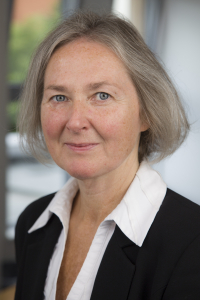 A Birmingham charity has slashed the price of a former care home by more than half, cutting hundreds of thousands of pounds off, in a bid to find a buyer.

It was previously on the market through rival agents for over £1 million.

The property, set in 1.2 acres of land goes under the hammer on Thursday, February 28, at SDL Bigwood’s first auction of the new year – at the Holte Suite at Aston Villa Football Club, with an 11am start.

Enjoying Care Quality Commission registration, it is thought the premises could be upgraded sufficiently to remain in the retirement sector or alternatively re-developed for flats.

Jonathan Hackett, partner and head of auctions for SDL Bigwood, said: “Given the extent of the complex it is an exceptionally keen price.

“By any standards it represents a great deal for someone and we are already getting inquiries.”

He said the charity – which wishes to remain private – had put Hurstway up for sale because only three of the bedrooms enjoyed en-suite facilities, now a requirement of those interested in taking up residence.

Mr Hackett said: “It needs money spent on it if its role is to be retained.”

One prospective purchaser is looking at a change of use and re-development for self-contained flats.

In each case the first floor is accessed by a lift.

The wings are of broadly similar design with 14 bedrooms, each with a wash hand basin, and various communal facilities.

Primrose Wing has in addition three en-suite bedrooms on the first floor.

The centre has a main entrance, matron’s and administration offices, kitchen and laundry rooms, plus staff facilities.

Outside there are 26 parking spaces, together with a rear service yard and communal landscaped grounds.

It is fitted with wheelchair ramps.